Picture this situation: a new developer joins a team. Sooner or later, he discovers the existing codebase and starts playing with it. Some time may pass, but at some point he encounters a pattern he finds weird. Maybe he read a case against it in a book, or heard it in a talk, or simply learned from experience that this is probably not the recommended way of solving that particular problem.

He brings up the matter to another programmer and points-out that particular construct before suggesting the different approach. He makes his case but is switfly rebuffed: “we don’t do things like that here”. Surprised but not defeated, our developer brings out his sources: it’s not just his weird idea, it’s more of a consensus that the industry has reached over the years. And then the hammer falls: “this doesn’t apply to us, we have unique constraints”.

He has found a unicorn.

One in a million

Does this story feel similar? Maybe brings backs a past experience, or perhaps a story shared over a beer?

It usually works as follows: a suggestion to use an engineering best practice is ignored because it can’t possibly apply to this particular project or company. Maybe it comes from another industry, from a company of a different size, it may even have been tried in the past with unsuccessful results!

In some cases, that reason may hold. Maybe the idea comes from a very specific and different use case and can’t be generalized. But most of the time, what we call best practices are accepted all over the board.

What are the chances that a given project is, in fact, a pioneer on the domain and has indeed a use case that reveals a pitfall in an accepted practice? There is certainly a possibility, but one must ask himself if it really is the one that defies statistics because most of the time, it won’t be.

Reading this article, my readers may already have some concrete examples in mind that would be related to the point I’m making here.

Let’s start with one of the most obvious: testing. I believe that today everybody knows that testing is good, usually the more the better, and done at the lowest possible level. This is not a new idea, in fact as Kevlin Henney pointed out at ACCU 2018, you could find references to the idea of Test Driven Development in the 1970s. Yet it is not that hard today, more than 40 years later, to find projects without any unit tests at all.

Another well-known practice is to stay away from goto instructions. As Kevlin also pointed out in his talk, the recommendation came from Dijkstra himself, in 1968. A 50 years old best practice that still managed to be ignored and produced a critical vulnerability in iOS in 2014!

Even more concerning, in my opinion, is the fact that while looking for references to the bug I could find recent articles defending the use of goto, stating that the problem was somewhere else. A 2015 paper even analyzed Github projects and concluded that “developers limit themselves to using goto appropriately in most cases”. Fortunately the C++ Core Guidelines still stand by Dijkstra stating “ES.76: Avoid goto”.

(This section will delve into C++ specific practices, if you, dear reader, isn’t interested in C++, first I’d like to thank you for reading my blog anyway, that must be a difficult experience, and second, suggest you to skip to the next one)

As I mentioned in the previous paragraph, the C++ Core Guidelines are a formidable source of best practices in C++ today. They may not the best way to learn (books, talks, articles and conferences are a better vehicle for that), but when in doubt, it’s a pretty solid go-to reference (pun intended).

To help my readers figure out if they may be working on an unicorn C++ project, I’ll list a few best practices that I found or heard to be discouraged in some places:

The reason I wrote this article is mostly to help my readers recognize that they might be working on a unicorn project. One of the big thing I get from conferences is the realization that my problems are in fact, not unique at all and shared by other people who may have solved them, or may be stuck by the same dogmas I’ve been facing. I do believe that the simple fact that you can find someone else from the profession with the same issue helps dispelling the unicorn’s myth.

Still knowing you’re facing a unicorn is only half the battle, you then probably want to slay the beast. I found that most of those antipatterns are linked to the project’s (or company’s) culture and are not easy to change. Academic research has found that humans usually have a strong bias against ideas from the “outside”.

I’ve linked some good papers and talks defending those practices and their history in this article, and you can certainly find a hundred more freely on the internet. On a more generic topic, Dan Saks made a brillant keynote at CppCon 2016 about changing people’s mind on a given practice. I fear that trying to summarize it here will not do it justice, so I strongly suggest my readers to go and watch it.

In conclusion, this time again I encourage my readers to go to conferences and meetups, talk to their peers, watch more talks and read more articles. For every problem you face, chances are someone else has already faced it and the profession has found a good solution to it. Remember: unicorns aren’t real, like most mythical creatures, they’re cool because they can’t exist. 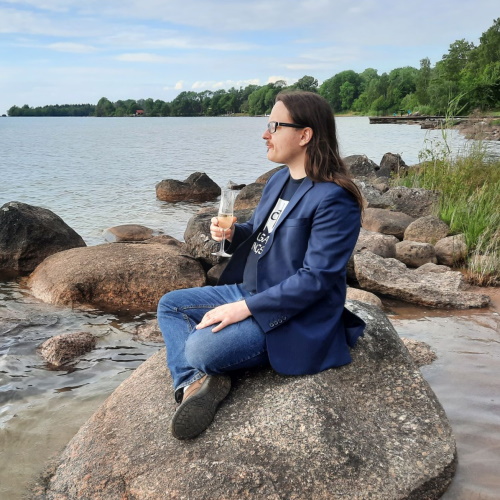